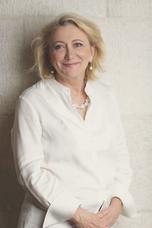 After working as a Senior Designer on projects for Jed Johnson Associates for a decade, Ms. Masterson formed Marcy V. Masterson Inc. in New York City. With an experienced eye for identifying new trends and with an extensive knowledge of the history of design, Ms. Masterson’s style is grounded in thoughtful historical research, traditional methods and materials - an interdisciplinary approach to creating contemporary interiors that interprets artisanal designs of the past into fresh living spaces. She has particular expertise in 20th century modern furniture and 21st century limited edition avante-garde design as well as a strong background in 18th and 19th century traditional English and Continental furniture and decorations.

Ms Masterson’s design philosophy focuses personal attention on each client, as every project is personally developed with her and materialized by a small staff devoted to the client’s needs. As a result, she is entrusted by her loyal clients to design for the family’s next generations and every new home. Her projects include primary and secondary residences in New York, Long Island, Connecticut, Nantucket, Maine, New Jersey, London, as well as the English and French Countryside.